Should we still be clapping the NHS? 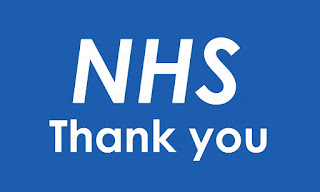 I found this article interesting because an NHS doctor is saying he/she has had enough of people clapping for them every Thursday. I'm glad a doctor has said all this because I was feeling guilty for thinking the same thing. Yes it was good to clap for them the first week, and maybe to of done it two or three times, but now it seems a little disingenuous to me, and I feel bad for thinking like this.

You have thousands of people going to the beaches, ignoring the social distancing rules, but most of those people are the ones who are out every Thursday evening clapping for the NHS staff at 8pm. Some of the people who are out clapping for the NHS staff are also some of the people who voted for Brexit because they didn't want forgeiner coming to the UK, but the majority of NHS staff are foreigners, so are these people only really clapping for the British NHS staff? Where is the outrage that the shitty British government have shown complete disregard and disrespect for foreigner NHS staff, by making them pay extra money to be treated by the NHS if they or their family become ill. These people are not only saving the lives of British people, they're also stopping the NHS from collapsing. Additionally if one of these foreigner NHS staff members dies from the virus their families could still be deported from the UK, even though a family member had given their life on the so-called front line!

That's another thing that annoys me, government officials calling it the frontline. They're doing this just to distract people's attention from the real issues, it also makes the NHS staff feel guilty about complaining about work conditions and working hours, it also tries to use their guilt saying its their patriotic duty to go to work and risk their lives for an ungrateful UK government, reminds me of the first world war, ironically known as the Great War (there was nothing great about fighting and millions of people dying) when they made the young men run across no man's land, just to be shot dead, and why are they' calling the NHS staff or anyone else essential workers?  It's because calling them essential workers sounds so much better than calling them sacrificial workers!

Additionally why are so many people cooking for the NHS staff? Why are so many take aways and restaurants sending them food? I feel guilty for thinking like this but the thing I find more shocking is, why isn't the hospital's canteen open for them? Why haven't the government arranged to feed their 'essential' workers who are on the frontline, their so-called soldiers? I could understand chefs going in and using the hospital's kitchens to cook something special for them, to say thank you, but I find it bizarre that they're getting food donations. Surely it would be better to give the food to families in the local area who are struggling, that would make more sense. Again I think this comes down to people hearing words like frontline staff, they're making you all feel guilty and people want to show their gratitude to these 'soldiers', but let's be clear. This isn't really a war or battlefield, these words are used to distract you from the real issues and stop you from complaining. Let's not forget that these people, who are doing an amazing job, like they always do, are getting paid! They haven't lost their job or income like thousands of others have, so maybe it would be better if food was shared more in the local communities, so people really did feel like they were in this together. You could say the food donation is in honour of the NHS and NHS  staff, wouldn't that be a better way of thanking them?

And lastly, why are we donating to the NHS? They're not a charity. Where is all this money going? Remember the NHS isn't a privilege, its a right! It's our right to free healthcare that we've paid for through our taxes, and the NHS has the right to be funded properly by the government. Now tell me, am I a terrible person for thinking all of this? 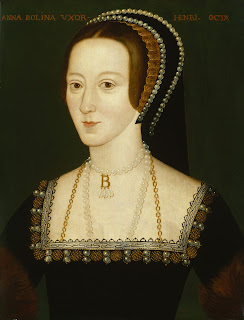 On this day, 19th May 1536, some 484 years ago, Anne Boleyn was executed at the Tower of London. Anne was found guilty of adultery, incest, witchcraft and treason (to name a few); she was the second wife of King Henry VIII.

The execution consisted on a single stroke by a French executioner. Anne has been called 'The most influential and important queen consort England has ever had. After the execution her ladies in waiting wrapped her head and body, then placed them in an elm chest which had once contained bow staves (whatever they are 😁).

Although Anne Boleyn was a queen, she was given no funeral and no proper burial, she had been executed as a traitor to the crown and her body was treated as such. Anne's body was buried in an unmarked grave in the Chapel of St. Peter ad Vincula (at the Tower of London). Although Anne's grave is now mentioned/identified on the marble floor of the Chapel; there are rumours that her body was taken and secretly buried in another church, but these are unproven rumours.

That ends the history lesson for today 😁😃 - R.I.P  Anne Boleyn.
Posted by Official Lisa Lee Dark Blog at 06:54 No comments: 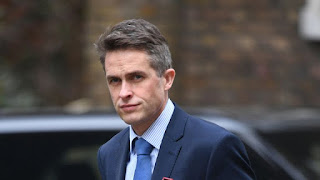 So here in the UK. The Education Secretary, who is in charge of schools and education, was in Parliament today sayng the plans for reopening the schools in the UK are backed by medical and scientific advice! Would these be the same government scientists who advised on getting 60% of the UK population infected with the Covid-19 virus to achieve herd immunity! They actually advised Herd immunity on a new virus they knew nothing about! They didn't, and still don't know if you become immune from the virus after getting it! And If you do get immunity from it, they don't even know how long your immunity lasts for!

Because of these so-called experts we have the second highest death toll in the world! These so-called experts now want to use your children as guinea pigs, can you trust them after they've just sacrificed your elderly relatives? Thank God in Wales, Scotland and Northern Ireland we're taking a different approach to England!
Posted by Official Lisa Lee Dark Blog at 11:37 No comments: 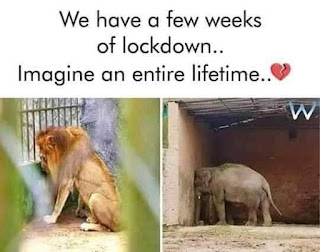 So many people are complaining about the lockdown  (quarantine), and they're finding life difficult. Remember your lockdown / quarantine is very short term, can you imagine spending most of your life like that! Freedom is a right for every living creature. I include the people of Gaza (Palestine) in this statement. One thing I hope this virus leaves behind once it's gone is kindness. Kindness for our fellow human beings, and kindness for every living creature on this Earth ❤

We are custodians of this beautiful planet, not the owner's, and so far we've been doing a pretty bad job of looking after the planet, and each other, but we'll be given another chance soon. Don't screw it up this time!

Posted by Official Lisa Lee Dark Blog at 04:21 No comments: 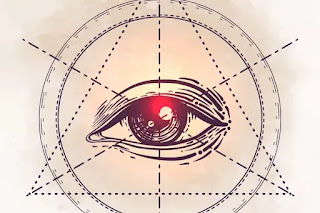 Thought I'd annoy a few people and talk about so-called 'Woke' people and conspiracy theories. I agree with one thing and that is that we're not always told the truth, quite often we're lied to and told fake stories, sometimes to allow governments or other organizations to do something or get away with something. You then have all these so-called 'woke' people shouting out, 'that's a lie, what's really going on is this crazy idea'. You then call all the people who believe the government's lie 'sheep', people who will believe and follow the government's lies! You DO this while being 'sheep like' yourself and blindly following certain crazy conspiracy theories. Have any of you so called clever and woke people ever considered that some of the conspiracy theories  (and theorists) are coming from the government too! Maybe they're coming from the same place, its the perfect psychological thing to do. The government know that not everyone will buy into their lie, they also know that most people think everything is black or white, so to control you they'll put out a crazy story too, known as a conspiracy theory! This is to keep you away from the real truth!

This post is aimed at all the patronising so-called woke people, to tell you, you're not as clever as you think you are. Everything comes down to psychology and mind games. You're all getting played! Let me use my diagram / image to explain. Something happens and the government say it's 'A', this is what happened, but then you'll get all the conspiracy theorists shouting out, no that's a lie, its really 'B', don't be like sheep and follow the government, be clever, be like me, be a deep thinker! Most people are going to believe its A or B, but in actual fact the truth is 'C', but the government must keep you away from C at all costs, so they create their own conspiracy theories, they use people that they've planted to spread the two lies.

To most of the Woke people, I've got something to tell you, you're being played! You're not Woke, your sheep just like all the others. Use your brains, think logically, if something doesn't completely add up then it's probably not true. Those people who spread conspiracy theories, maybe they're part of the government, working for them to create an alternative story, to keep you away from the real truth. It seems all that has to happen today is, you ban/delete/lose a few of the videos that contain some conspiracy theories and everyone thinks, look it must be true because they're trying to silence us and hide what we're saying! But its basic psychology and they've done that just so you'll think it must be true, you see it as a sign, but in reality its just a game! Truths are buried much deeper than most people realise. 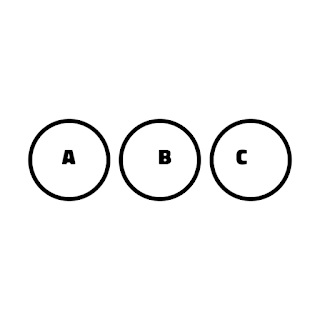 Posted by Official Lisa Lee Dark Blog at 06:28 No comments:

SOAP DOES NOT KILL THE VIRUS! 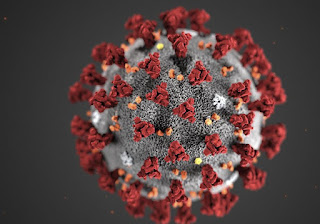 I repeat, soap does NOT kill this virus. The Coronavirus is made up of proteins and lipids and what the soap does is act like washing up liquid does; it breaks down the bonds of proteins and lipids and prevents them from attaching (clinging / sticking) to surfaces, like your skin. So the soap removes the virus from you but does not kill it, just like washing up liquid removes grease and dirt from your dishes.

Soap only removes the virus, it does NOT kill it!
Posted by Official Lisa Lee Dark Blog at 09:18 No comments: 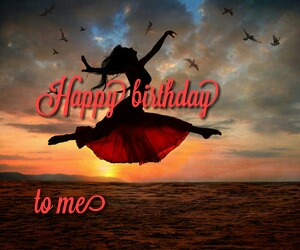 My first birthday in lockdown!
Posted by Official Lisa Lee Dark Blog at 16:26 No comments:

Official Lisa Lee Dark Blog
This is the official blog of Swansea born opera singer Lisa Lee Dark, Lisa-Lee is becoming a well known opera singer, but she is also known for being born with the rare inter-sex medical condition, 'Congenital adrenal hyperplasia' (CAH), and for being related to two very famous women, Adelina Patti (1843-1919) and Bette Davies (1908-1989). Lisa-Lee has been successful in the entertainment industry since she was 9 years old. This blog tells her complete story.